With the August Bank Holiday coming up why not take a trip to a European city the has everything – architecture, culture, nightlife, a beach and fantastic food and SUN! Barcelona has the lot and it’s much cheaper than the likes of Paris, with a beer costing around 2 euros.

We took a four day trip over Easter with some friends and stayed in the Gothic quarter. It’s walkable to everything, with our boutique hotel hidden amongst the lanes, and it’s much less touristy than Las Ramblas. Plus the amazing Fabrica empanadas shop was a stones throw away for late night snacking.

One of the best parts about Barcelona is it’s reputation as a party city; long late dinners followed by nights that end with the sun coming up. As it was Mike’s first time to Barcelona, I was keen to show him around. After getting settled, we headed to the area around El Born for dinner at Llamber. After some tasty tapas we hit up a few bars with Crepes al Born being the highlight. A creperiere by day it turns into a rowdy cocktail bar at night with the staff literally swinging from low hung chandeliers. We made some friends with our broken spanglish before wandering home around 3am. We noticed the neighbours seem less keen on the area’s nightlife. 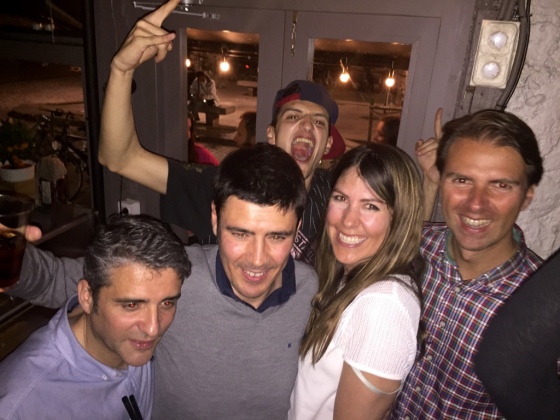 Barcelona is famed for its Gaudi designed buildings, gorgeous and super unique designs that are scattered around the city. To see them all we rented Vespas (EUR 37 inc. sat nav), complete with preprogrammed GPS routes of the sites to cruise around on. This was such a fun way to see the town and we had a blast trying to figure out the roads without causing a crash. We saw all the main sites from Sagrada Familia, to Las Ramblas to Camp Nou (book a ticket to explore the inside of Sagrada Familia, we passed)

We then drove out to the Camp Nou to see the famous stadium, have a well deserved ice cream and visit the club shop. There are tours you can do for EUR 23 and they were selling tickets for games later in the week. 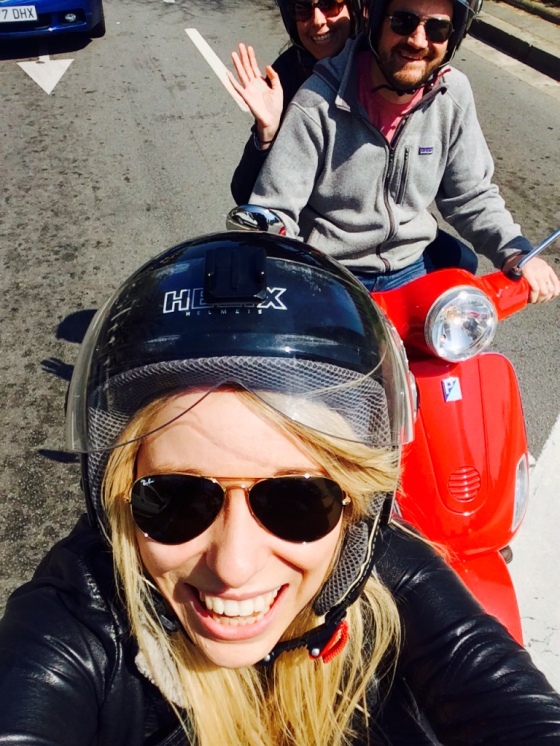 After a well deserved nap, some tapas and prosecco at La Bona Sort we ventured down to Barceloneta by the beach to check out the club scene. We hopped around a few, put away some tequila shots and threw some shapes (Carpe Diem probably being the best) before realising that we were a bit over the target age demographic (I swear those clubs were better when I was 19!) and ended up at Bestial and Coconut Club drinking cocktails.

The next day we took it easy, waking up late before stumbling in for some well needed brunch at Milk. After a few days of tapas, the all american combo of eggs benedict and a bloody Mary never tasted so good. From here we wandered down to get some sun at the beach (stopping for some killer burgers at Makamaka, highly recommended). 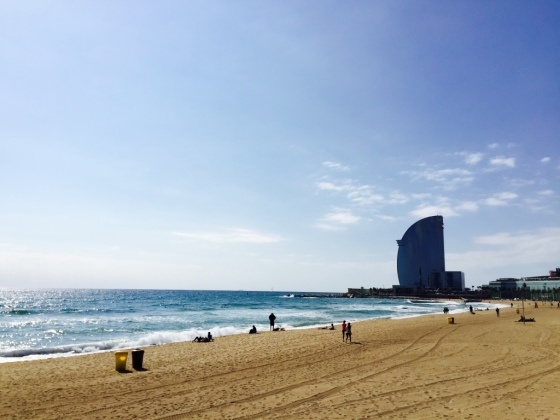 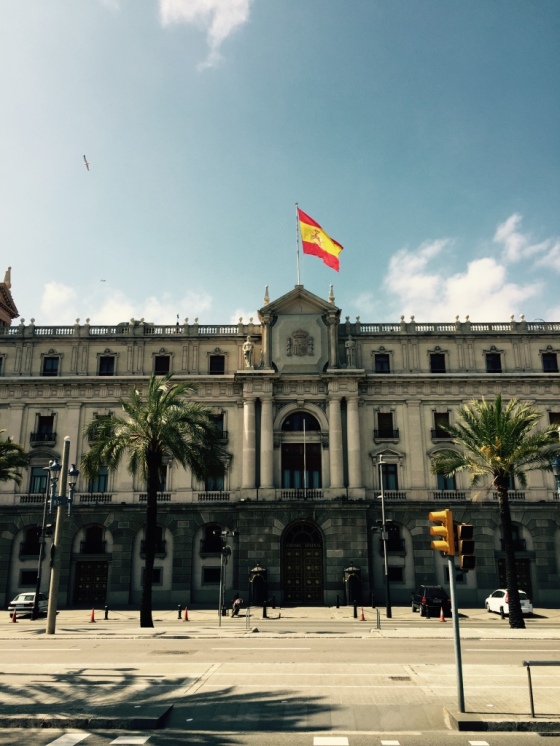 After this we strolled around the parks, the Gothic quarter and dodged tourists and pick pockets along Las Ramblas. 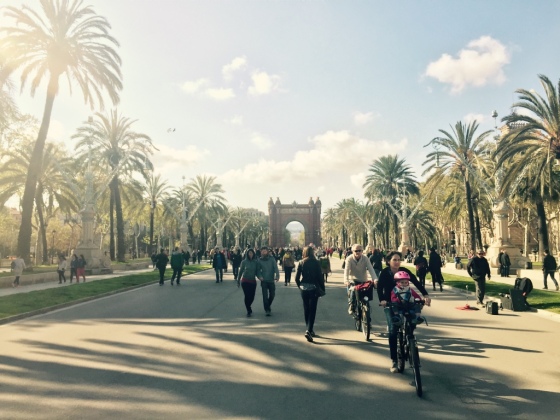 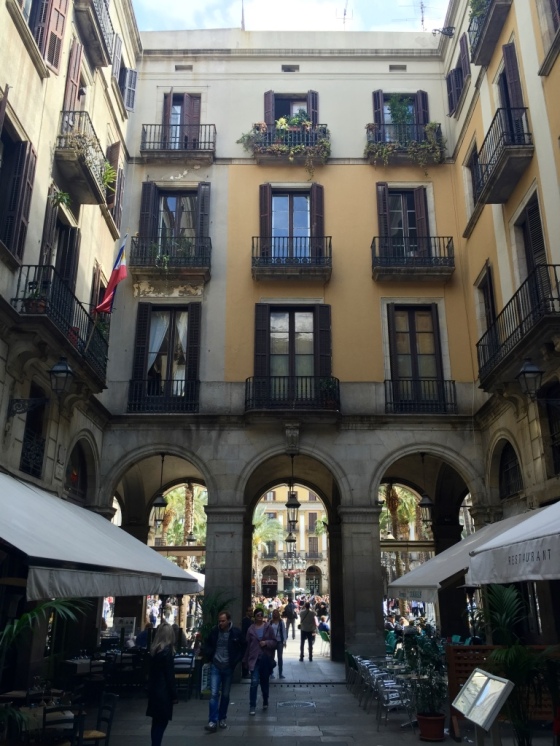 We capped off our afternoon with some lush churros and hot chocolate… which was literally melted, hot chocolate. Incredible stuff! 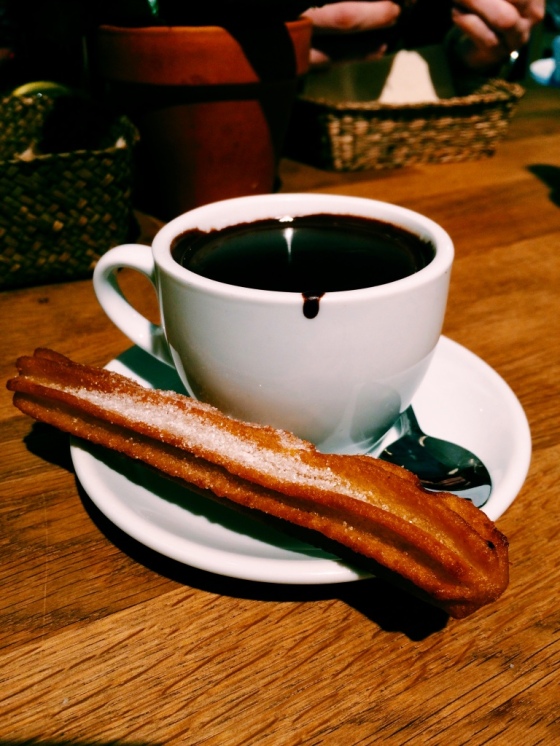 In the evening we had an unexpectectedly fantastic Italian meal at La Cucine Mandarossa which was such good value we joked we should fly to Barcelona and back for dinner next weekend. They served generous portions so Henry got the pleasure of cleaning everyone’s plate.

On our last day we went to Parc Guell (EUR 7, book in advance), Gaudis’s sculpture and mosaic park in the hills overlooking the city. It’s a very cool park that has fantastic views in all directions. We were lucky to have a beautiful sunny day to explore! You’ll burn off some tapas on the steep hill up from the subway, but there are escalators near the Lesseps station if you’re not up for the challenge. 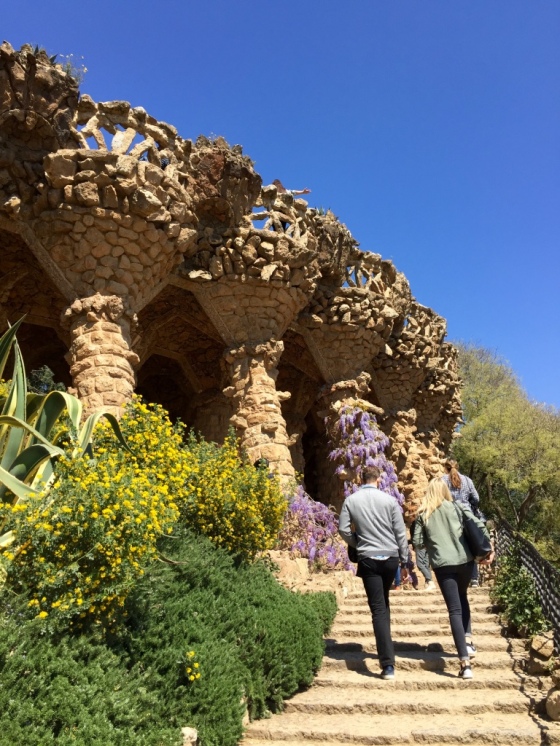 The views are great on a clear day with the Balearic sea in the distance. 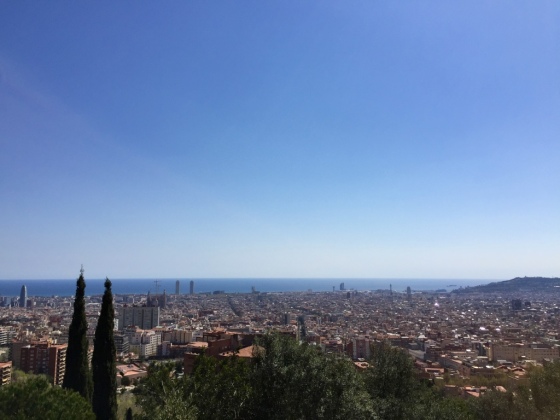 The mosaics are beautiful, the tunnels are quite mind bending and El Drac (the dragon) steals the show. Barcelona is such a beautiful and unique city, it’s a great showcase of what makes it so special: the beach, Gaudi’s architecture and the mild Mediterranean climate. BUT, be wary of selfie stick wielding tourists while taking in the view 😉

What a great trip! With it’s long dinners and late nights, laid back pace and great weather, it will always be one of our favourite places.