After a superb time in Point Reyes we were excited about the road ahead and to see Santa Cruz, our first real stop along Route One.

Santa Cruz is known for its boardwalk so we took a little drive along West and East Cliff Drive before pulling up. We took a walk along the wharf, saw some crazy surfers surfing into rocks and could see the amusement park in the background, but the seal beach was closed and there were quite a few homeless people hanging around the beach drinking so we thought it best to hit the road and head onto Carmel.

We drove Route One through Monterey and up to Pacific Grove where we cruised along the waterfront, which was beautiful, and gave us our first taste of what driving Route One was all about. After driving along the Pacific we found the entrance to the much talked up 17 Mile Drive ($10 per car) where you can continue the oceanside driving through the golf courses of Pebble Beach and see some fantastic vistas. 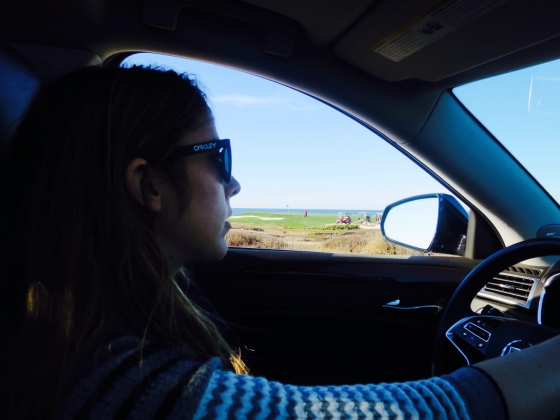 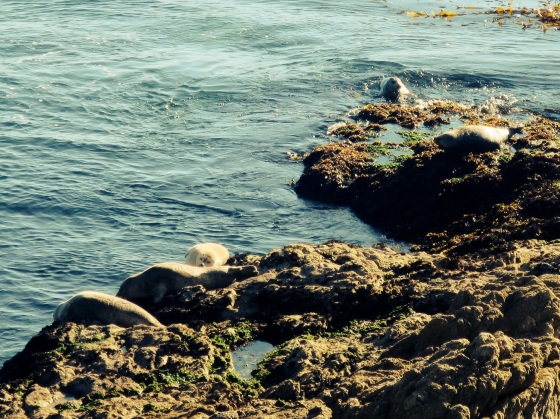 There are some incredible looking holes that, as an average golfer, I would love to play one day, but not at $500 a round. We stopped at an overlook and saw some seals trying to bask in the sun (but getting repeatedly washed off the rocks), saw the Lone Cypress tree which has stood through multiple storms for over 250 years and just took our time to enjoy the many great lookouts.

After that we shot over to Carmel-by-the-sea to check in to our B&B and grabbed a bite before getting down to the beach just before sunset. It seemed half the town and most of its dogs were on the beach for sunset and Katie was in her element – dogs and sunset! Carmel seemed to just be retirees, art galleries and restaurants but it’s such a quaint town and was so much nicer than Monterey which we passed through.

The next day we got back on the road and stopped in at our first state park, Point Lobos ($9.75 per car), for a little bit of hiking and to take in a few more vistas. We did a short loop called Cypress Grove trail (1 mile) and saw two grey otters playing in the bay. The forest was really interesting (Katie compared it to a spooky forest from Snow White) with lots of white trees covered in a red moss which we later told was algae acting symbioticly with the trees. 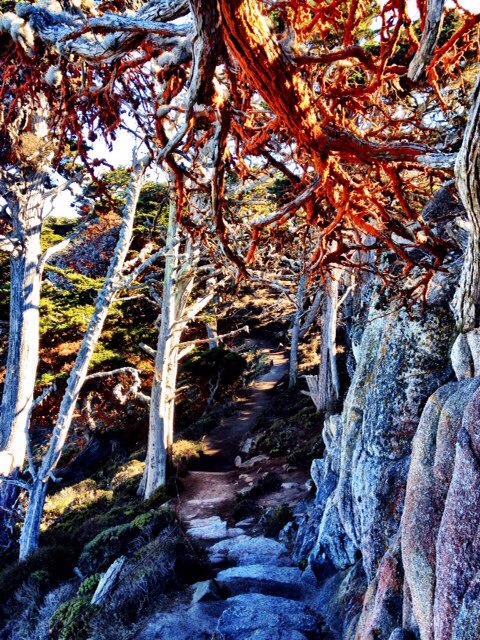 After that loop we headed off to Sea Lion Point trail (0.5 miles) to check out the harbour seals that we’d been able to hear the calls of the whole time we were in the park. The lady at the information booth gave us some binoculars to borrow (as long as we gave her our car keys as collateral) and we got to see them en masse in their natural habitat playing and basking in the sun.

One thought on “Santa Cruz to Carmel”